We’ve all experienced it. You recorded a video, shared it on Facebook, and now you’re seeing it grow in popularity. You’re watching that number increase in real time, eager to see if your hard work has paid off, but the question we’re here to ask is: what do those views truly mean?

If you’re counting video views and declaring your campaign a success, you should check into how the views are truly counted and what their importance is. When you take a closer look at what they’re measuring, you can’t help but wonder:

Is the number of times a video has been viewed on Facebook an indicator of its success?

We’ll not only answer this critical issue in this piece, but we’ll also go over all of the Facebook video analytics you have access to, what they signify, and how to use them (or not!) to identify the difference between vanity and practical data.

You should be aware of the following Facebook video analytics.

Within Facebook, video statistics are divided into two categories: organic and paid. While there is some overlap, it makes sense to split them and discuss them individually because organic has a very limited number of measures compared to paid, which has a lot of hyper granular data. Furthermore, whereas organic posts cannot be adjusted for distinct objectives (traffic, video views, conversion, etc. ), advertising campaigns can.

If your video’s privacy settings are set to “Public,” the number of times it has been seen, as well as your engagement numbers, will appear in the bottom right corner.

Views on a Facebook video by the general public

This holds true for sponsored videos as well.

However, views should not be your only metric of success; you should dig deeper into your organic data to see how your videos are perceived by your audience.

Facebook has kept things simple when it comes to organic (non-paid advertising) video stats. Go to your Facebook Page’s Insights page, then click Videos to check your organic video analytics. The following two data points will appear after that.

This displays the total number of minutes spent watching your video from your Page post, as well as any times it was shared by other Pages or persons. The analytics dashboard also includes some useful charts for comparing past performance. This is a crucial metric to use to analyse how well your video has held up over time and to see what types of material have the most staying power. This also allows you to report on the amount of exposure this video received through Facebook, not just the overall number of views, but the amount of time spent watching it.

This indicator provides you with the total number of times your video was watched for at least three seconds. Remember how we talked about public opinion earlier? That is the meaning of this statistic. Some could call this a vanity metric, especially because the vast majority of videos on Facebook play automatically.

Again, this is why you should look at more than simply views to determine the success of your films.

Both of these indicators can also be broken down by individual videos. While engagement metrics like Reactions, Comments, and Shares aren’t tracked in the Films part of your Page Insights, you can observe how people interacted with your videos post by post in the Posts tab.

But, in reality, none of these measurements provide much insight. This is primarily due to Facebook’s decision to concentrate its analytics dashboards on its paid media products, which we’ll discuss shortly. One of the best ways to gauge your performance when posting video organically is to look at your Shares and Reactions—good films should elicit activity and conversation on Facebook.

We can see a lot more information about the performance of Facebook video ads on the advertising analytics dashboard.

What is the best way to find Facebook video metrics?

To analyse these metrics, go from the Page Insights section of Facebook to the Ads Manager. Navigate to the Columns dropdown on the Ads Manager dashboard and pick Video Engagement. This fills in the table below with video ad metrics from your current and previous campaigns. Remember to double-check the date range!

Let’s take a look at each of the video-specific metrics you have access to and assess their significance.

The video begins to play.

The number of times your video advertisement begins to play. It is calculated for each video impression, excluding video replays. Because this measure does not distinguish between people who view one second of a video versus those who watch the entire video, it must be combined with other metrics (mentioned below) to provide insight into campaign performance.

The total number of times a video ad has played for at least two seconds is represented by this figure. For video advertising, many advertisers may use a cost-per-thousand-impressions (CPM) bidding mechanism, which means their films will appear in the Newsfeed automatically. The video advertising will not play automatically if your bidding model is set to cost-per-click (CPC); this should only be utilised in exceptional circumstances.

Beyond the two and three-second metrics that may have been reached through autoplays, the 10-second video view is a valuable metric to analyse because we know that the audience has at least a passing interest in your video ad.

Cost per continuous video views of 2, 3, and 10 seconds

This is computed by multiplying your ad campaign’s total cost by the total number of 2, 3, and 10-second views. It is usually quite inexpensive, costing only a few pence each view.

This measure reflects a video that has been played for at least 15 seconds, or a video that has been played to completion if it is shorter. ThruPlay is now the default bidding option for campaigns using the Video Views objective, and is arguably one of the most essential KPIs for video advertisements. The Facebook algorithm will try to show your adverts to those who are most likely to watch for at least 15 seconds.

In September of 2019, Facebook introduced ThruPlay, which replaced the 10-second default bidding option.

This is basically the cost of obtaining a ThruPlay. It’s worth noting that the 15-second mark was most likely not chosen at random. We can assume that by branding this video metric (akin to YouTube’s TrueView statistic), Facebook is implying that 15 seconds is a common video ad length. In the future, Facebook advertisers are likely to use this video length more frequently.

This is an important indicator to track because it can help you anticipate your ad budget based on the number of views you wish to receive.

This is actually five independent metrics, each of which reflects a percentage of the total number of times your video was played. These are actually quite useful stats to look at because you can see where the majority of viewers abandon ship.

If you notice that almost no one is watching your video for the entire time, you may want to utilise a shorter format or consider eliminating the content that is causing the dropoff.

If only a small percentage of people make it to the 25% level, you know you need to improve your hook in the first three seconds of your video.

This includes video plays that the user manually skipped up to this point by sliding the pointer forward.

The average time spent watching a video is:

The average amount of time spent watching a video, including any time spent replaying it. Knowing the average time it takes for someone to drop off can provide you some insight into your marketing. So, if your video is 60 seconds long but your average viewing duration is only 9 seconds, you should certainly make a shorter version. However, most people choose to use the above-mentioned combination of video watch percentages to take action on their video ad strategy, such as modifying the length of a video.

So there you have it: enough information on how to measure your Facebook video campaigns to avoid the social media blunders that some individuals make during the assessment and reporting phase.

The Biggest Mistake When Designing a Facebook Business Page Cover 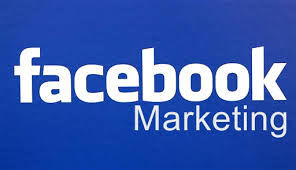 Feel free to contact us any time. We guarantee a response within 24 hours - usually it's just 12.

If you have any questions, we'll be happy to help. Please use our contact form.
[social_profiles]